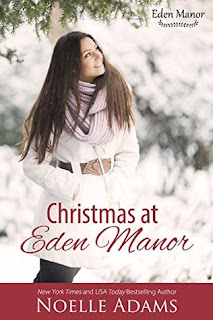 Brie Graves might be jobless, living with her brother, and recovering from a painful break-up, but she's determined to enjoy the holidays. Until the end of the year, she's going to do anything she wants to do, no matter how crazy it might be. Soon, she discovers exactly what she wants--to spend a week with a fascinating, sophisticated stranger. It doesn't matter that she only knows his first name or that he's more than twenty years older than her. After this one week, she'll never see him again.

Cyrus Damon has spent his life making money and holding himself to impossibly high standards. Pressured into taking a vacation in Savannah, he's alone and at loose ends, so he lets himself do something he never would have considered otherwise. He gives in to his attraction to a beautiful, free-spirited, and much-too-young woman. But, after the week is over, he'll once more be the man he's always been, left with nothing but the memory of a woman who made him happier than he's ever been.

He has no idea that when he visits his nephew in a charming bed and breakfast called Eden Manor, he'll find the woman he thought he'd left for good.

Christmas at Eden Manor is a short holiday romance with an old-fashioned hero in his fifties and a lot of swoony romance. It concludes a sequence of three series (Heirs of Damon, Beaufort Brides, and Eden Manor), but it can easily be read as a standalone.

This is another brilliant novella in the Eden Manor series and it's really quite sweet how well Brie and Cyrus gel together considering their age difference, which with the mature way Brie acts never really seems to make much difference at all.

We really see another side to Cyrus that only gets brought out by Brie.  Even when at times he believes that he is doing something to spare Brie for the future she see's right through him to the heart of the matter and helps him move forward.

We also see a better connection between Cyrus and his nephews  a bond which only seems to be getting stronger.

I really loved this book and hope we get to see more from these characters.
Posted by Mrs B's Books at 9:28 pm No comments: Links to this post

REVIEW - Not Quite Perfect (Not Quite #5) by Catherine Bybee 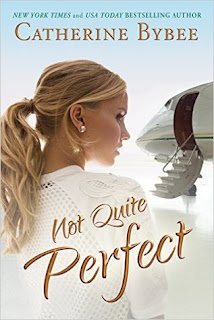 Mary Kildare knows how to read people. It’s both why she makes a great therapist and why she refuses to trust the average bachelor. Staying fiercely independent has been her primary relationship strategy—until wealthy playboy pilot (and commitmentphobe) Glen Fairchild reappears in her life. After a yearlong teasing tug-of-war, Mary and Glen test the waters of attraction, only to find that their physical chemistry runs deeper than flirtation.
At first, a bicoastal romance suits them both—especially since Glen can swoop in and whisk Mary away on one of his company’s planes. But no matter how close they get, they’re still three thousand miles apart. And when Mary’s life is threatened, Glen realizes the one luxury he doesn’t have is time. Can he close the distance between them before it’s too late?

My Opinion 5 STARS
**My thanks to NetGalley and Montlake Romance, for providing me with a free copy for an honest review**

So we have a jet setting pilot that shares ownership of his company with his brothers and who has also been a player in his past.  We also have a therapist  who tends to analyse everyone she meets as an occupational hazard.

However both having family and friends what want to see them succeed and Glen never puts a foot wrong.  He is always there when May needs him even if she doesn't ask as she is used to looking after herself after being abandoned as a baby.

We get a hint as to one character that is going to be next in having a book,Glen's brother James and it is nice to see how the group all come together again in times of need.

Another brilliant book.
Posted by Mrs B's Books at 9:07 pm No comments: Links to this post 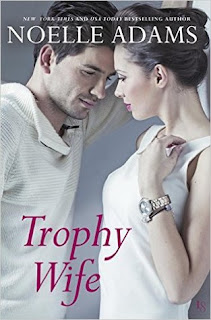 From the New York Times bestselling author of Fooling Around comes a steamy novel about a pampered princess who’s starting over—and the hot guy next door who knows exactly how to melt that tiara right off.
Alison Davies used to just be a trophy wife. Now she’s just flat broke. Thanks to an ironclad prenup, she’s worse off than she was before the day she rushed down the aisle with a wealthy jerk eight years ago. After her steep fall from riches to rags, Alison refuses to shackle herself to any man who treats her like a possession—no matter how good he looks in a pair of well-worn jeans, or how his muscles ripple while he’s carrying her couch.
Underneath his rugged exterior, Rob West is a gentleman. So when he sees his beautiful new neighbor moving in, he’s going to help her out no matter how loudly she protests. In fact, Alison’s determination to go it alone just strengthens his resolve—and his desire to find out what makes her tick. But after one spur-of-the-moment tumble in the sheets, it’s clear that their connection goes way deeper. And that Rob won’t be happy until Alison surrenders to the passion they share.

My Opinion  3.5 STARS
**My thanks to NetGalley and Random House Publishing Group, for providing me with a free copy for an honest review**

This is a true Noelle Adams book in which we have our wounded heroine and our alpha male.

Alison is wounded after a bad marriage and is slow to trust along with wanting to be independent for the first time.  Rob wants to be needed, after two failed marriages he doesn't want to show the really him.

Both characters fall fast, although Alison tries to stay behind her walls, but ultimately it is Rob who is the last to cave, with Alison showing just how strong and caring she really is.

Posted by Mrs B's Books at 11:30 am No comments: Links to this post 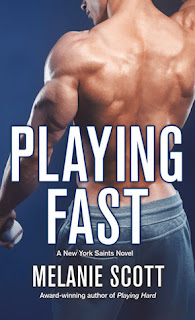 THREE STRIKES AND HE’S OUT…When baseball bad-boy Finn Castro raises one eyebrow too many, the Saints send him down to the minors. He’ll have to earn back his major-league dreams with the Sarasota Springs Preachers. Finn’s certainly never claimed to be a man of the cloth, and cleaning up his act isn’t going to be easy with stunning Eva Harlowe at the heart of the team’s administration…UNTIL SHE THROWS A CURVEBALLEva knows having a crush on Finn Castro is about as sensible as wishing for an eighth day of the week, but seeing the gorgeously muscled player in person melts her resolve. If she’s planning to leave baseball at the end of the season, a hot fling could be a fantasy home run. But when no-strings sex begins to feel like a perfect partnership, will Finn and Eva choose the love of the game or real life together?

We met Finn in the previous book with Amelia and Oliver where Finn acts really badly and loses his place with The Saints.

Finn has now been relegated to the minors in order that he either learns to behave himself or he is out to Baseball.  He never figured that it would turn out to be the best thing in the world for him.

The chemistry between the two starts from when they meet and sizzles all the way until the last pages, they can't keep their hands off each other even though Eva says from the beginning that they can only last for a season.

The book can be read as a stand alone, however i think that reading the previous books just gives you a better background knowledge of the other people involved and of Finn previously.  This way you can really measure just how much he changes.

A decent read.
Posted by Mrs B's Books at 10:20 pm No comments: Links to this post