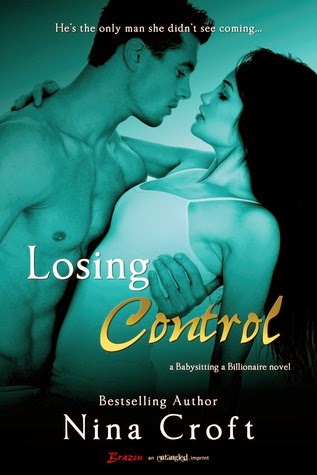 A sexy category romance from Entangled's Brazen imprint...
He's the only man she didn't see coming...
Four years after escaping her abusive ex-husband, Kim finally believes she’s in control of her life and her emotions and she's determined to never risk either again with a man. She has a great home, a job as a security specialist which she loves, and Jake for a best friend. But things are a tad lonely in the sex department, so she decides to embark on a no-strings-affair with one of her hot co-workers. And who better to help her remember how to lure a man than her best friend?
Jake has wanted Kim from the moment he first saw her, but four years ago, she was too young and too damaged. So he kept her close and he kept her safe, offering her a job in his security company and the training to feel safe again, and he bided his time. But now, after the long wait, if she imagines he’s going to stand by while she seduces some other guy...
Never going to happen.

My Opinion  4 STARS
This is the first book from the Brazen series that I have read that is set in the Uk (London).

Two people who have become really good friends since Kim's divorce become even closer when Jake finally finds that he wants Kim as more.  Kim however has is completely clueless until she tells him that she wants to use the new guy to scratch her sudden sex itch.

Jake who has that alpha possessive streak lets her know that in no uncertain terms that if thats what she wants she will have to come to him, and even gives her a sample of said terms on his office desk.

Kim has her issues and Jake is there for her the entire way.  Both are strong characters and the chemistry is explosive with them.  I like a number of the other characters in the book and I believe that they too could have great stories to tell.

I fun light read that goes before you know it.
Posted by Mrs B's Books at 5:48 pm